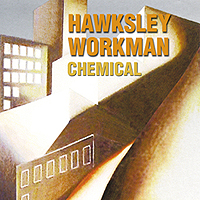 Hawksley will be performing at Lee’s Palace in Toronto next Thursday, June 17th as part of the Outlaws and Gunslingers Showcase.

Milk/Meat is now available throughout Europe and to celebrate, Hawksley is playing in London on June 30 at Club 229 (large room) with Think About Life and Elephant Stone. Get your tickets HERE.     Tickets now available only at door.

In fitting with the theme of Hawksley’s Canadian-themed show in London, UK, here is a video of Hawksley discussing tracks on the album, Canadian embassies abroad, and touring the world through the lense of someone who grew up in rural Ontario.

Below is an extensive three part interview by Matt Schichter of The Backstage Pass with Hawksley discussing the process behind Meat/Milk and the records that preceded it, his view on trends in music & the industry in Canada, Europe & The USA, and the evolution of his career with plenty of interesting asides along the way. Double click to see larger version.

“If music really is the food of love, Hawksley Workman’s new albums are the way to go.”  Says Darryl Sterdan, London Free Press.

Hawksley describes how Meat–a rougher, darker, “in the muck” sounding affair–was made in two weeks in the confines of his own home while the lighter and cheerier Milk was an unplanned accident that came about during Workman’s time in Sweden.

“It happened totally by accident. Meat was in the can, and I was busy doing stuff and all of a sudden there was a second record staring me in the face.”

Hawksley goes on to describe what motivates him to keep re-inventing:

“We all know that the way to get rich is to serve the same hamburger the same way the world over. But it’s just not something I’m capable of doing.”

Read the interview in its entirety here

Hawksley discusses the impact timing and life events have on the final product during studio sessions and performs a song each from Meat & Milk.  See the original article in The National Post here