For Him And The Girls

“Maniacs”… i was feeling certain insanities very closely. i would practice walking blind folded in the cemetery. i was shredding beets and roasting dandelion root. some songs were properly written, others were composed on the drum set… this one started from there… my uncle Ed taught me to yodel when i was very young. he was a cowboy and a custom saddle maker and tuned his guitar to sound like the bagpipes. the day i recorded this song the toronto skies were full of hail and lightening.

“No Sissies”… most of my teen years were filled with dedicated practice and focus. i missed some life lessons. in my early years in toronto, i lived in some questionable conditions. i was rescued like a dog from a rat’s nest by a woman who wouldn’t step near my apartment. her kindness came at a price.

“Sad House Daddy”… i had a piano squeezed into my little basement spot. the soundboard had cracked and i had made ‘make-do’ repairs to it by stuffing clothes against the cracks to stop it from resonating so horribly. i thought i’d write this little cabaret song about begging god to see my side of the story.

“Tarantulove”… the neighbour’s upstairs sex life was taking off when mine was getting dryer and dryer… i wrote this on a long walk north on yonge street to my studio. most of the songs on for him and the girls were written while washing dishes… this one seemed to come out of a persistent pace up hill and along stream… 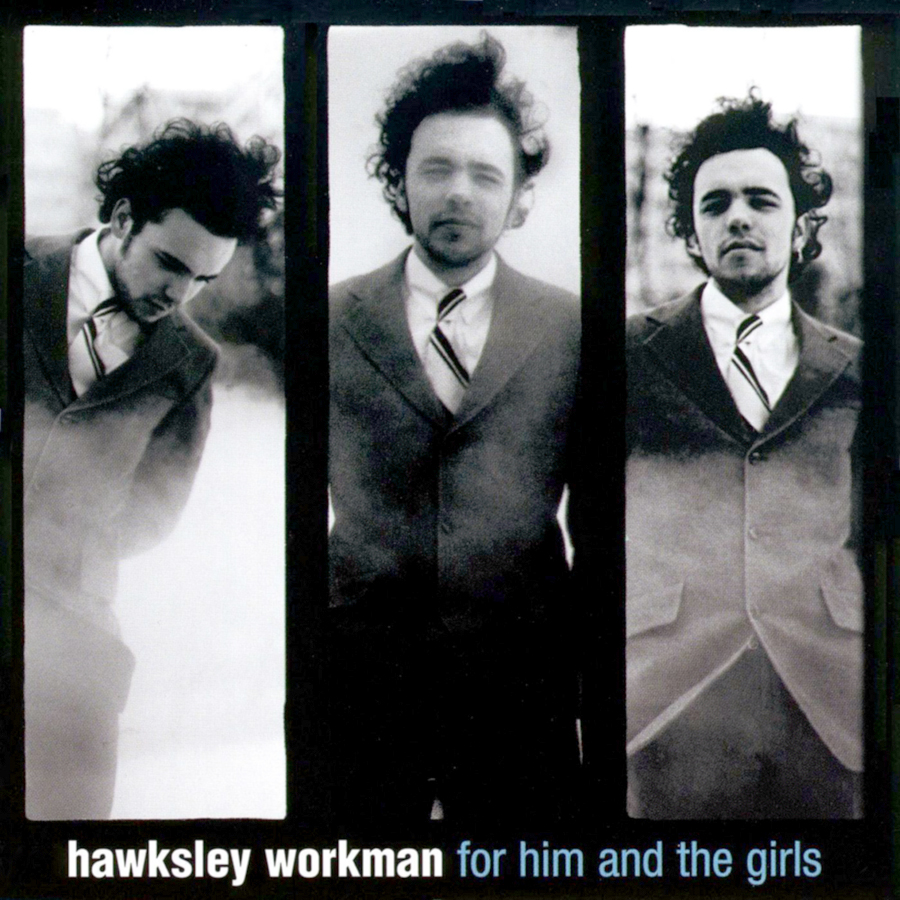 “Sweet Hallelujah”… my parents had my brother and i when they were very young. i think they figured they should start taking us to church… what a fortunate thing too… luckily we went to a backwoods church with a passionate choir leader who would lead the congregation in the singing of the old american folk hymns… like “church in the wild wood”, and “go tell it on the mountain”… i learned so much from those sing alongs… i always wanted to create songs like those i loved so much when i was a kid… and this was it. the word hallelujah is huge and lovely. it’s funny in our growing secularized landscape that i received some criticism at the time for plagiarizing leonard cohen for the use of that word… i always thought that was funny.

“Bullets”… my grandpa was complicated and quiet. in the years before he died i urged him to speak of his time in the second war… he always refused and and shrugged off most questioning. he often suggested that if i wanted to learn about the war, i should read pierre burton. this song summed up his tough guy sense of humour and the mysteries that died along with him.

“Don’t Be Crushed”… i was seeing a girl with a piano. she went to new york and i wrote this on her piano as the sun shined through tobacco stained curtains.

“Stop Joking Around”… there was a time when i was a kid that i would cry easily. then for years i didn’t cry at all. i always felt the world really close to my bones… i grew up in a very joking household… and somedays… i just wanted some time to let my darkness have its say.

“All of Us Kids”… i always felt that government and convention and lethargy and the unwillingness of men to grow would be our undoing…around this time clinton was bombing yugoslavia… i’ve always wondered about the pain of prosecution for not following the rules. it surprises me that humans still govern themselves the way they do.

“Safe and Sound”… one night, i quietly wrote, what i wanted to be, the quintessential driving song… it’s turned into a rather popular song for weddings…

“Paper Shoes”… in those years in toronto, i was desperate to find pianos to write on. i would sneak into the university, and into vacant hotel ballrooms… but then i realized that if i joined churches for long enough i could probably use their pianos through the week… i was very much alone back in those days… and sexuality became something that i thought i could poke at and mold… i felt huge in my own environs but tiny in the wind… i wrote this around 7:30 am in the basement of the united church around the corner from where i was living.

“Baby This Night”… i always have visions of dying at the hands of a follower. and to rage for your beliefs is to call attention to your difference… to kiss your lover for the last time before being hung in the square because of your honest belief in freedom and peace.

“No More Named Johnny”… i was in the tub, and realized that the name “johnny” had been pretty much used up to its end as the go to name in rock and roll… i wanted to make the definitive anti-johnny song… that would celebrate and destroy the name leaving room for other names to be used in pop songs like paul, and henry.